When I consider historically-significant buildings in Faribault, I think first of the downtown historic district brimming with limestone and brick buildings constructed in the late 1800s. Or I think of the Cathedral of Our Merciful Saviour or Buckham Memorial Library or the aged structures on the campus of Shattuck-St. Mary’s School. But another building deserves attention—the Rice County Courthouse. 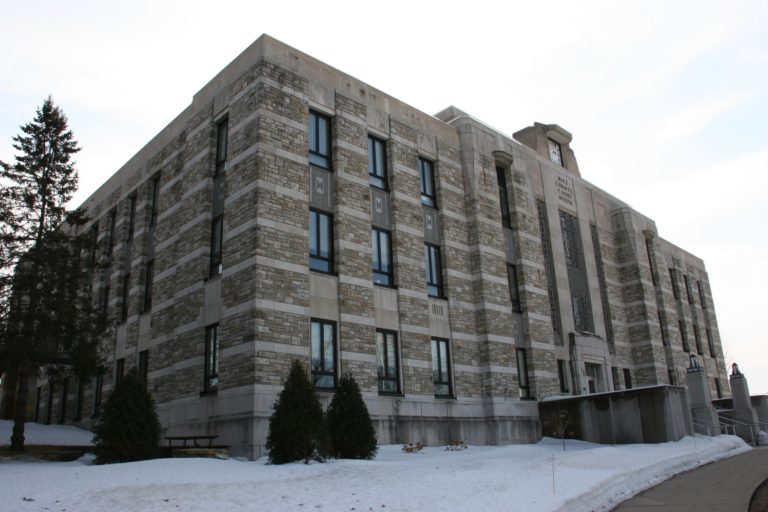 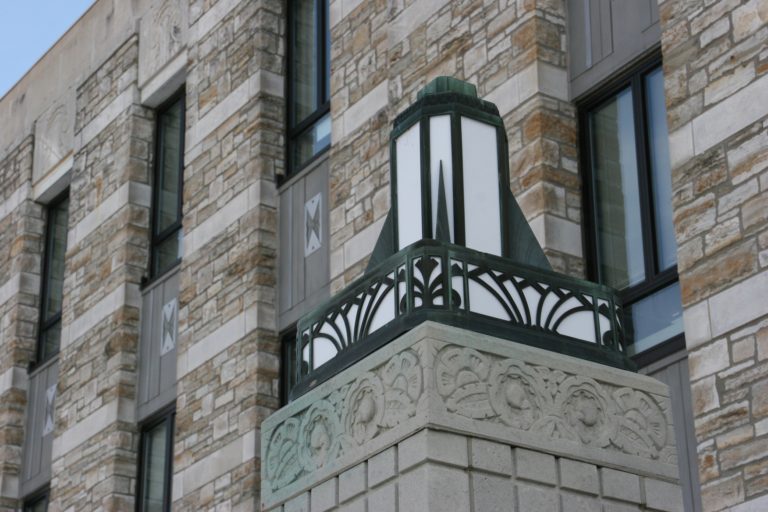 Constructed of Faribault stone between 1932-1934, the courthouse features the Art Deco Classic Moderne style, distinguished by symmetry. From a distance, the structure appears balanced, streamlined, perhaps even rather plain. But up close, exterior details reveal the thought that went into creating an architecturally-notable building worthy of study and placement on the National Register of Historic Places. 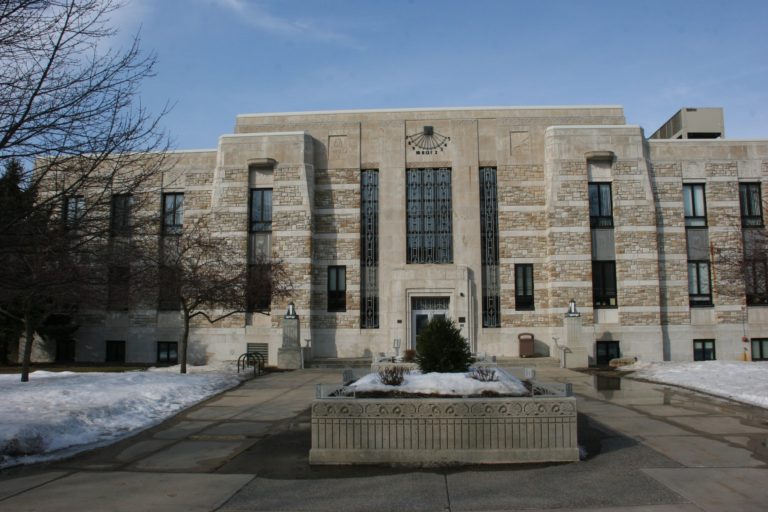 The choice of Faribault stone, the metalwork, the stone relief carvings and more—all add to the exterior visual appeal of this 134-by-98-foot courthouse built for $200,000. It is Rice County’s third courthouse, replacing a more traditional 1874 mammoth brick building destroyed by fire in 1931. Originally, county government was housed in an unassuming small brick building constructed in 1858. 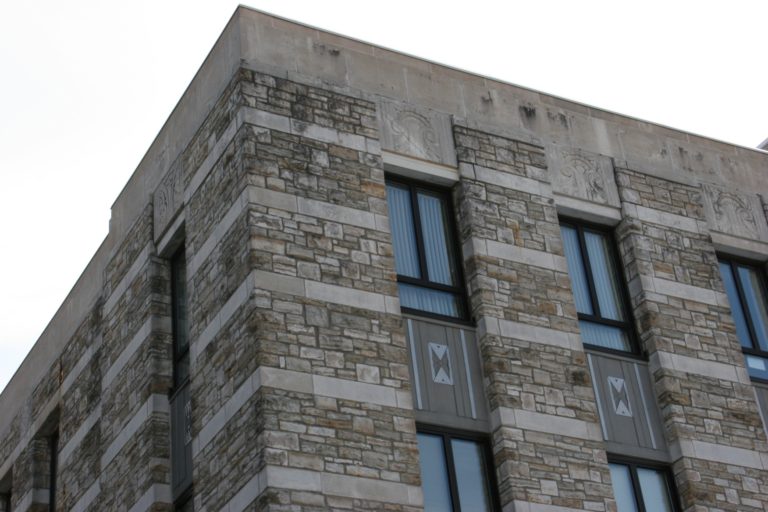 Construction of the Art Deco courthouse didn’t come without controversy. A county resident sought to keep the two wings of the 1874 building untouched by fire and to rebuild with that base. But, in the end, through legal proceedings, the County Board of Commissioners got judicial approval to proceed with completely new construction. 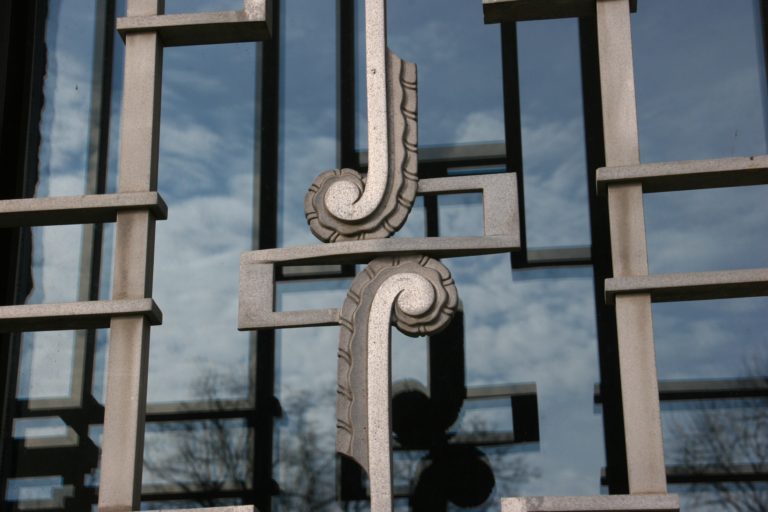 The 1930s courthouse differed substantially from the traditional mansard roof and elongated arched windows style of the 1874 building. Each reflected its period of design. And each reflected a sense of power, as government structures often do. 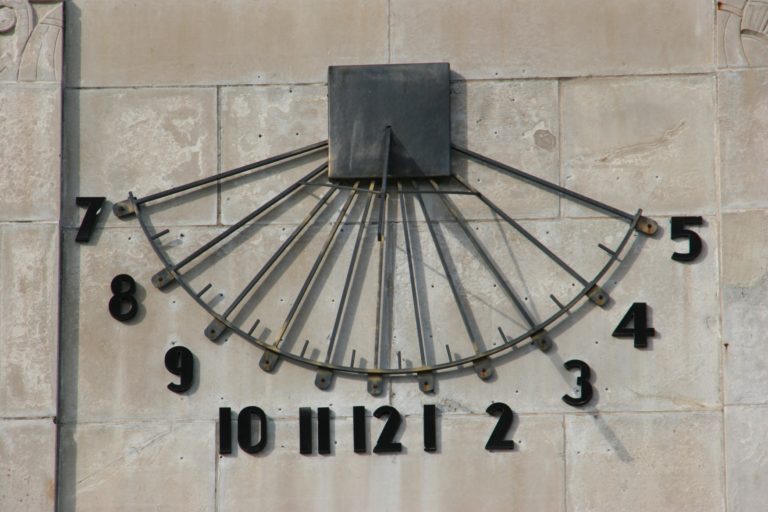 Like its predecessor, the current courthouse incorporates time into its design with a traditional clock on the north side and a sundial above the southern entrance. The unique vertical direct sundial was a gift from the estate of Charles Nehmiah Sayles, an attorney in Rice County who died in 1963. Architect William Broderson designed the Art Deco style timepiece made by local craftsman Kurt Kowatsch. 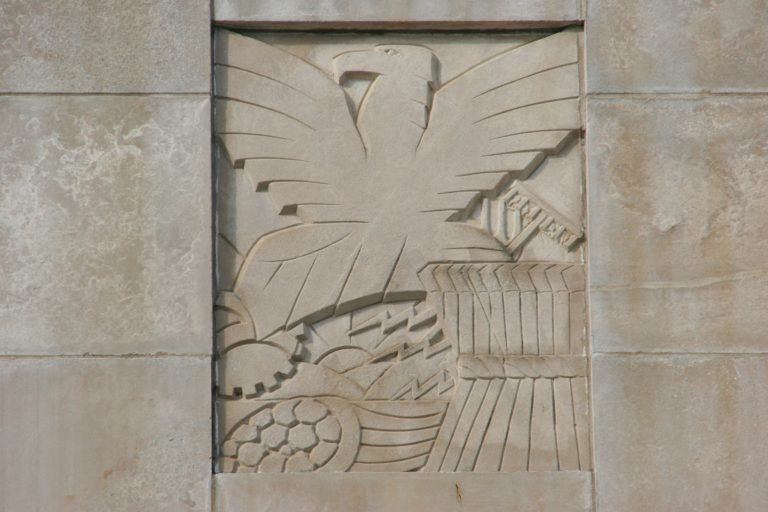 To either side of the sundial and elsewhere, stone relief carvings add visual interest and honor civic virtue, industry and the area’s agricultural base. 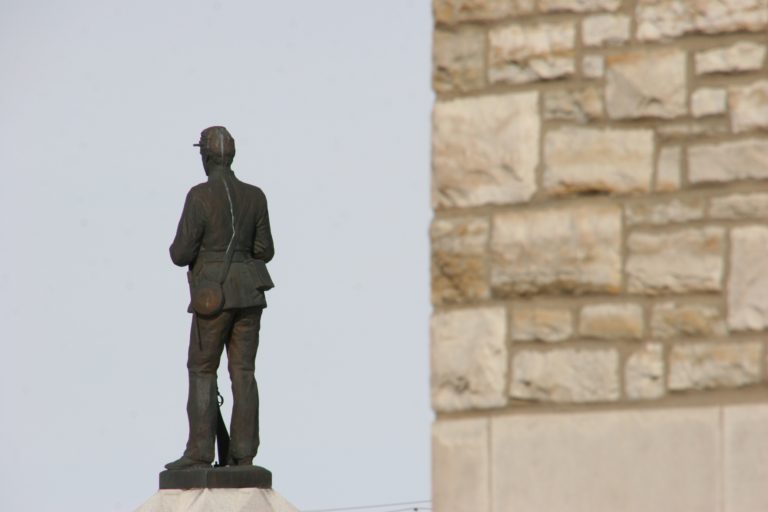 One more piece of exterior art is worth noting. A sculpture of a foot solider in the Grand Army of the Republic stands next to the courthouse, which today is part of an expanded Rice County Veterans Memorial. Originally tagged as the Rice County Soldiers’ Monument, the sculpture was crafted from Vermont marble by local stonecutters at McCarthy Marble Works in 1914. 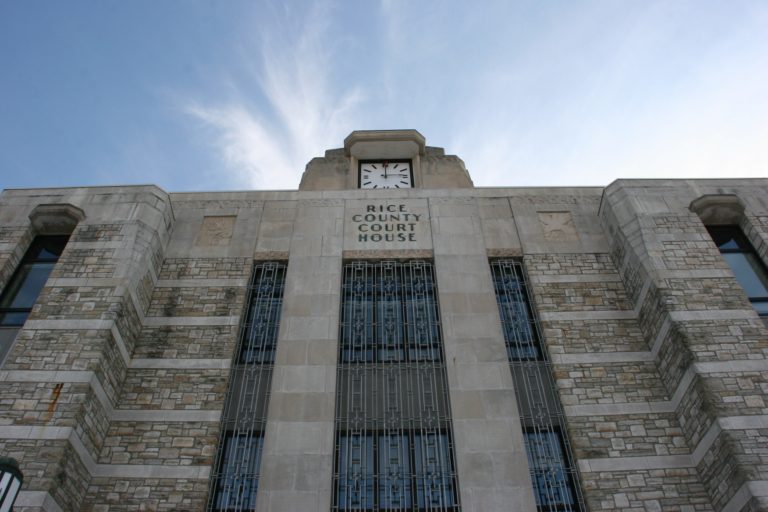 Truly this courthouse, which I bypass multiple times weekly, sometimes daily, is worth a closer look for anyone who appreciates art, architecture and history.