A piece of Faribault’s history, the restored Tilt-a-Whirl cars are back downtown!

Three years ago, a Tilt-a-Whirl was restored by Rick and Kelly Dale and their crew on the History Channel Show “Rick’s Restorations,.”  Last summer, a second, locally restored,  Tilt-a-Whirl was placed at the corner of Central Avenue and Fifth Street Northwest, right in front of the State Bank of Faribault. The restoration and placement spurred local pride and there was a great turnout for both cars’ unveiling and placement downtown. But if you’ve driven down Central Avenue in recent months, you may have noticed they were both absent. The City of Faribault removed them over the winter to help preserve them, but with the snow officially gone for the year and spring weather here, the Tilt-a-Whirls have been pulled out of storage and are back on Central Avenue!

The Tilt-a-Whirl was invented in 1926 in Faribault by Herbert W. Sellner and was manufactured in the community. The ride made its debut at the Minnesota State Fair, and quickly became a carnival favorite.  Since the two Tilt-a-Whirl cars have been beautifully restored and placed downtown, they have quickly become a favorite spot for locals, visitors and even bridal parties to stop and take a picture to celebrate part of our local history and a favorite carnival ride. Bring your camera and prepare to relive memories from your youth when you get a chance to sit inside the restored Tilt-a-Whirls at their locations on Central Avenue in downtown Faribault! Take a spin in Faribault! 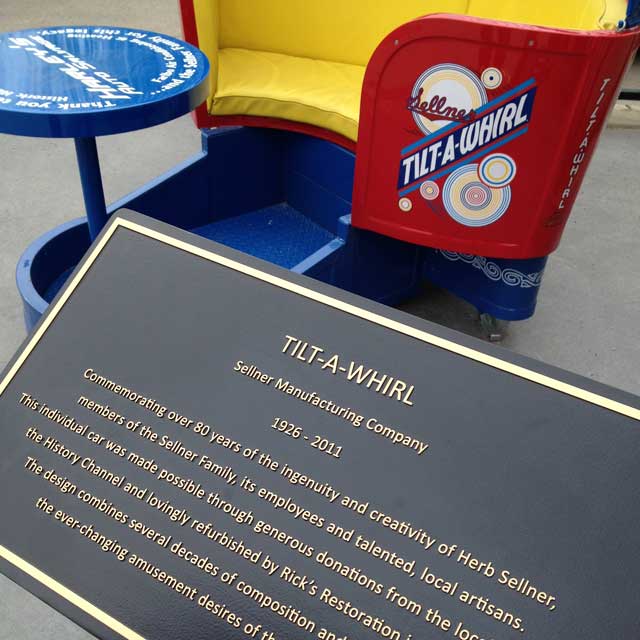 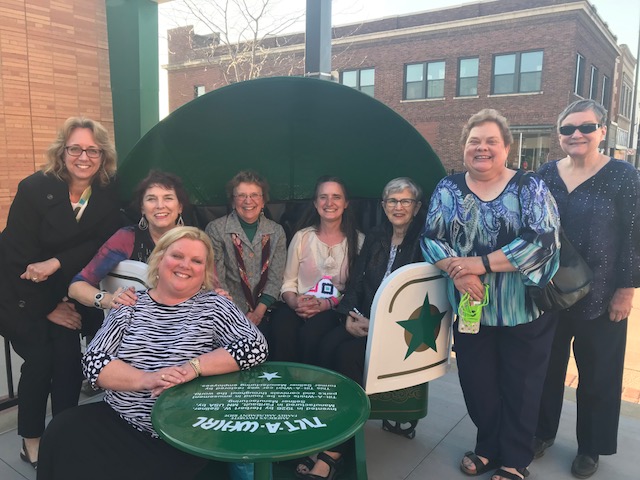