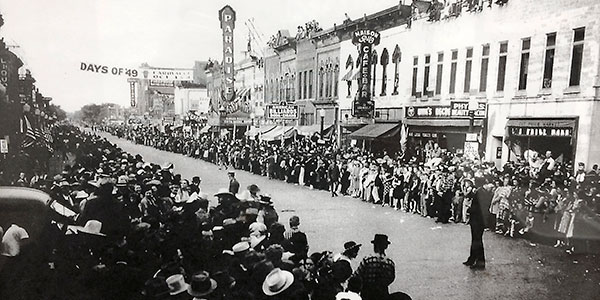 Our city is built along the banks of the Straight and Cannon Rivers, two tributaries that played a vital role in the city’s early development. It was the opportunity to fur trade with the Dakota Sioux Indians living along these rivers that brought Alexander Faribault, the city’s French Canadian founder, to this area in 1826.

Faribault holds on to its history with pride. You can see it in the well-kept businesses in the downtown. Faribault has more buildings on the National Historic Register than any other city its size in Minnesota, in fact Faribault is second only to the Capitol city of St. Paul, MN for that distinction.

Also within that time period, Alexander Faribault provided funds for the first school, first church and two mills as the first manufacturing establishments. This progress, along with Faribault being named as the Rice County seat, attracted numerous settlers to this growing community.

Agriculture thrived on the fertile acres surrounding Faribault during the 1860’s and 1870’s, with wheat being the major crop. Within 10 years, Faribault was second only to Minneapolis in Minnesota’s flour production and shipping. Eight flour mills, saw mills, a woolen mill (Faribault Woolen Mill Company) and two grain elevators served as Faribault’s major agribusinesses during that time.

As Faribault moved into the 20th century, its prominence in the wheat industry declined. The citizenry was versatile, however, and turned toward new endeavors. The city flourished in the 1900’s and that sense of perseverance continues today.

Athens of the West

Private, parochial and state institutions were developed in the 1860’s which gave birth to the nickname, “Athens of the West.” Among the schools were Shattuck, St. Mary’s Hall, Seabury Divinity School, Bethlehem Academy, Minnesota School for the Deaf, Minnesota Braille & Sightsaving School (State Academy for the Blind) and the Faribault State Hospital.